Rudy Garza, Jr. is keyboardist and vocalist for Virginia y Valor, and he is also a composer. He has performed and composed songs for Alma Pulido, Bobby Pulido, and La Preferencia. In the 1980s, Rudy performed with Romance and also with Cali Carranza, and had the opportunity to perform with Cali Carranza at the Tejano Roots Hall of Fame Awards Ceremony. He has traveled to perform with Tejano music groups across the US and Mexico for audiences ranging to the tens of thousands. In the mid-2000's, Rudy was nominated keyboard player of the year for the Tejano Music Awards.

David Champion is a lifelong supporter of Tejano Conjunto music and has dedicated a significant amount of time to researching, documenting,  and conducting public presentations about music.  He narrated portions of Accordion Dreams, a documentary produced by Hector Galan of Galan Productions, co-produced Taquachito Nights, a collaborative CD that was sponsored by the Smithsonian Institution’s Center for Folklife and Cultural Heritage. Together with Virginia, they have conducted various educational events showcasing Tejano Conjunto Music. He is the proud spouse of the vocalist for the group and joins the band on bajo sexto.

Oscar Rios, electric guitarist, is son to Virginia and has played the guitar since he was 10 years old. Born and raised in Weslaco, Texas, Oscar has been surrounded by musical influences his entire life. He played electric guitar in a band while in high school named Revelo. Oscar is a full-time college student studying Computer Science.

Minnie Loredo on drums brings her love for music and experience from having performed with Mariano y La Preferencia, Stephanie Lynn, Grupo Mia, Grupo Cabal, Humberto Diaz and the Hummer Band, and The Texas Sweethearts.   Minnie is the proud niece of Tejano Roots Hall of Famer, class of 2011, Ruben Loredo, and comes from a long line of musicians.

Benny Layton, Jr. hails from Edcouch Elsa and is on to the late great Benny Layton, Sr. who performed with Los Hermanos Layton for over fifty years. Benny, Jr. plays drums and guitar, and went from being drummer to outstanding up and coming accordionist, following the footsteps of his father. Benny works full time at a college in Education Technology and is often seen setting-up and monitoring sound systems for large events. Benny is also a part-time college student and has recently shifted his role to being our Sound Engineer for our live performances. 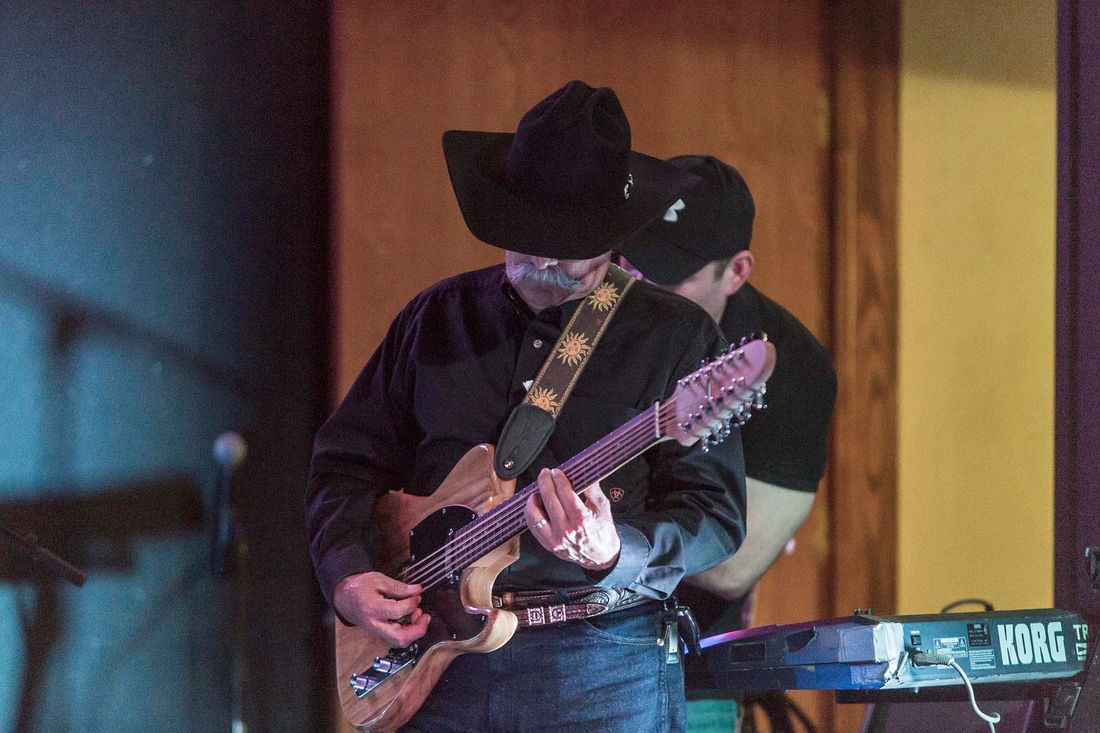